Cognitive-behavioral coaching (CBC) is the technique used to help clients recognize thoughts that do not serve them. The beliefs, which are faulty and unhelpful, seem very true to the individual as they formed at an early age when their brain was developing.  The beliefs typically reflect the thought patterns of parents, family members, ancestors, teachers, and other community members – and most originate from fear or lack.

An example of this would be:

A boy, Malik, grows up with an older sibling who, at an early age, showed signs of high intelligence. The parents are also academically gifted. Malik was frequently compared to his older sibling, and often scolded for not achieving the same high marks in school. The pressure Malik felt to meet his family’s expectations depleted his cognitive abilities, and so he remained an average student throughout his school years – reinforcing his belief that he was not smart.

The law of attraction instructs us to focus our thoughts and energy on what we desire in life, in order to attract it.  We might think of the law of attraction like a self-fulfilling prophecy on a universal scale.  A positive, confident, grateful attitude fosters rewarding, prosperous conditions and situations. Whereas thoughts focused on what is going wrong in life — our worries, ailments, relationship problems, etc., brings about more of that same condition or circumstances.

Let’s see how this plays out with the example of Malik:

Over the years, his belief that he was not smart was repeatedly confirmed.  His sibling enjoyed a successful career and his parents had both become tenured professors. While Malik wanted to have a more challenging, higher paying position in his organization, every time he was preparing for an interview, thoughts of being “less than” and “not good enough” flooded his mind. He envisioned making a fool of himself, being stuck in his current job forever, and never having enough money for a nice house or to start a family of his own. These thoughts, beliefs and worries projected a negative energy out into the world —both in the immediate environment of a job interview (where the hiring manager sensed a lack of self-confidence in Malik), as well as in the greater universal energy field.

How a mental health coach and CBC can help

Using CBC, a corporate mental health coach can help their clients change their beliefs, one by one, towards a higher vibrational thought. This thought-belief “repatterning” not only elevates one’s emotions and personal vibration, having a powerful impact on their immediate experiences — but also emits that same high-vibration energy out into the world, which then attracts the same high-vibration opportunities and experiences.  What typically happens when the negative cognitive-behavior pattern is shifted, is that the person will start to see positive things happen in their life – in health, in relationships, and in work.

That said, creating a positive thought-belief-behavior pattern does not mean that we will ONLY attract positive things into our lives. Teachings through the millennia demonstrate the importance of experiencing contrast — that we would not appreciate the feeling of joy if we did not also know sadness and grief.  Yet being in a higher-vibration emotion and mindset, also puts us in a position to work through any negative situations with more ease and grace so that we don’t stay bogged down in a low vibrational emotion and mental perception. The contrast also reminds us to continue to improve our emotional frequency and live out of the ‘upper room’ more often.

CBC and other Law of Attraction tools (like visualization and sensory meditation) can be used within an organization not just at the personal level, but also among project teams and whole departments.  These coaching tools can help individuals and teams identify and convert faulty thinking and belief patterns, helping to raise the vibration of the group and their collective potential to attract positive outcomes for themselves and the organization.

‍Watch our 10-minute video sample taken from the CBC module.

To receive a brochure on our CIHC training program, please submit your request here:

Thank you! Your submission has been received!
Oops! Something went wrong while submitting the form. 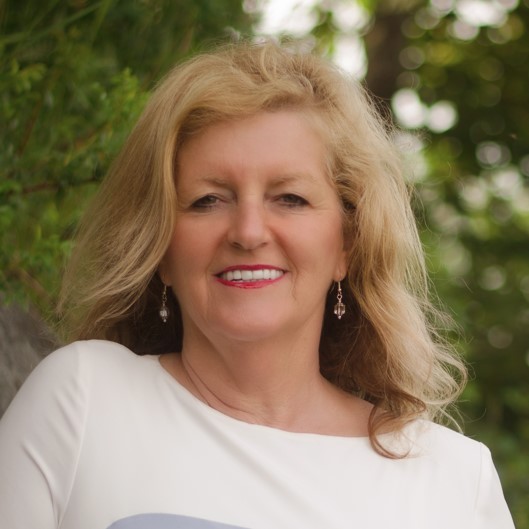 Dr. Nickerson's professional experience as a psychologist and personal passion for developing the mind-body-spirit connection have fueled her success and devotion to training individuals and organizations to foster whole wellness.