Myths and Truths about Forgiveness

Unforgiveness is a dense, low vibrational energy based in anger. While we might intend for the anger to be directed outward at the person we feel wronged or hurt us, the anger is really being recycled within ourselves — which is why unforgiveness is associated with mental and physical illnesses.

Our culture typically does not teach us how to forgive, but rather instills a blame mindset when others harm us in anyway.  This is partly due to the protective ego that will do anything to defend itself and not be caught in a vulnerable position.  But ego has been telling us lies!

Unforgiveness is like drinking poison yourself and waiting for the other person to die.
‍Marianne Williamson

Here are some myths and truths about forgiveness:‍

1. We are protecting ourselves by not forgiving.

Truth – We are continuing to give away the power that we have handed over to the person that hurt us.  Forgiving means that you will not allow that person to interfere with your life. Forgiveness gives you freedom.

2. We are doing the person who wronged us a favor by forgiving.

3. We are being unselfish when we forgive.

Truth – When we forgive, we are empowering ourselves because it allows us to free ourselves of the crippling dangers of cynicism, bitterness, anger and resentment.

Forgiving is to set a prisoner free and discover the prisoner was you.
‍Lewis B. Smedes

Truth – It simply means that we have a willingness to detach from the pain.  We will not forget about the situation.

5. Forgiving is an instant process.

Truth – The first step to forgiveness is knowing that you want to forgive. Completing the process involves venting your feelings, regaining perspective, and giving yourself time to heal. You will know when you have forgiven someone at the deepest level when you have the memory, but not the old feelings.

6. We all deserve the consequences of bad choices.

Truth – You must be responsible for your own actions, but you also have to forgive yourself, accepting your humanness and your ability to make mistakes – letting them go and then moving forward.

7. Forgiving someone obligates us to a repeat performance.

Truth – Forgiveness allows you to rise above this dynamic so that you will not attract it into your life again.  You actually attract a repeat performance by holding on to the unforgiveness energy.

Truth – Forgiveness creates space in your individual energy bank, carrying with it a new lightness and opportunity for new experiences in your life.

9. You are weak because you are forgiving.  If you were strong, you would stand your ground and stay angry.

Truth – By holding a grudge you become a victim, giving the offender the power to make you miserable indefinitely.  By carrying ‘victim energy’, you make yourself a target for more offenses that substantiate this low vibration.

The weak can never forgive. Forgiveness is the attribute of the strong.
‍Mahatma Gandhi

‍10. Forgiving others doesn’t mean that others will forgive me.

Truth – No, but by modeling forgiveness to those around you, you create an essence of forgiveness among those with whom you interact, increasing the likelihood of you also being forgiven for your wrongdoings.

The Integrative Health Coach training program explores the power of radical forgiveness on the mind and body. You can also get information and tools at the International Institute For Radical Forgiveness & Leadership

Thank you! Your submission has been received!
Oops! Something went wrong while submitting the form. 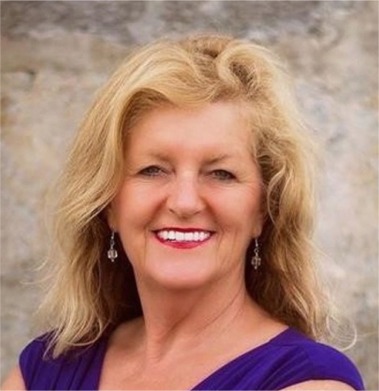 Dr. Nickerson's professional experience as a psychologist and personal passion for developing the mind-body-spirit connection have fueled her success and devotion to training individuals and organizations to foster whole wellness.

Women Are Often Misdiagnosed with Depression and Anxiety: What might be the real culprit?
And why has it been overlooked until now?
The Effects of Trauma on the Brain
How trauma changes the brain inevitably changes a person's behaviour and how they view the world.
Ten Tips on How to Complete the Past
Let go and get unstuck
Myths and Truths about Forgiveness
You can set yourself free...
Want to read more? View Full Articles Archive →